In this conference we take modern slavery as a framework for thinking through diverse forms of dehumanising and precarious labour.

What are the specificities of the different forms, how do they differ and how might it benefit us to think them together? Speakers will explore the relationship between slavery and other historical forms of forced or precarious labour and modern day slavery and human trafficking.

At the end of 2018, social media erupted with videos showing practices of contemporary slavery in Libya. These videos were circulated to garner solidarity, to mobilise support from social movements, global governance bodies and nation states alike. The moral outrage that emerged across social media was not without history, with many people connecting this dehumanizing practice with earlier forms of enslavement and violent, forced labour. Modern Slavery is the term used to describe diverse contemporary forms of dehumanisation and exploitation, including the trafficking of humans, mostly women and children, for sexual exploitation or exploitative and inhumane labour conditions.

•    Researcher Daphina Misiedjan (Utrecht University)
Daphina Misiedjan is an assistant professor at the Netherlands Institute of Human Rights and researcher at the Utrecht Center for Oceans, Water and Sustainability Law (UCWOSL). She specializes in issues concerning human rights (in particular economic, social and cultural rights) and the environment. Daphina Misiedjan obtained her PhD at Utrecht University where she also obtained her honors master degree in legal research. Her dissertation is titled: Towards a Sustainable Human Right to Water. Because of the societal relevance and impact of this thesis, she was awarded the 2017 Agnites Vrolik Prize which included a research grant of 25.000,-. In 2017 she also received the Black Achievement Encouragement Award.


•    Researcher Lennon Mhishi (Liverpool University)
Lennon Mhishi joined the University of Liverpool as a Postdoctoral Research Associate in the Politics department in December 2017, having completed his PhD in Anthropology at SOAS University of London. Prior to coming to Liverpool, Lennon has conducted ethnographic research in Harare, Johannesburg, and London. He is currently part of a project, led by Dr Alex Balch, exploring how the arts and humanities can be utilised in tackling contemporary slavery in Sub-Saharan Africa. His doctoral work explored the migrant and diasporic experiences of music, identity and belonging amongst Zimbabweans in London, whilst foregrounding these experiences as part of the genealogy of African and black presence and expressive culture in Britain.


•    Marina Otero-Verzier (Director Research & Development, Het Nieuwe Instituut)
Marina Otero Verzier is an architect based in Rotterdam. She is Director of Research at Het Nieuwe Instituut, where she leads research initiatives such as ‘Automated Landscapes,’ focusing on the emerging architectures of automated labour, and ‘Architecture of Appropriation,’ on squatting as spatial practice.
Previously, she was Chief Curator of the 2016 Oslo Architecture Triennale together with the After Belonging Agency, and director of Global Network Programming at Studio-X (New York).

•    Ferdi Thajib (Kunci collective)
Ferdiansyah Thajib is a PhD Candidate at the Institute for Social and Cultural Anthropology, Freie Universität Berlin. He was also an Associate Scholar at “The Researcher’s Affects project”, funded by The Volkswagen Foundation. Since 2007, he has been a member of KUNCI Cultural Studies Center, in Yogyakarta, Indonesia. His work is situated at the intersections of theory and praxis, with specific research interests on queer modes of endurance and forms of affective entanglement in everyday life. In 2017, Ferdi joined the Institute for Queer Theory, Berlin, mainly as co-initiator of the public event series “When does it become violence?”.

The museum card is not valid for this event. 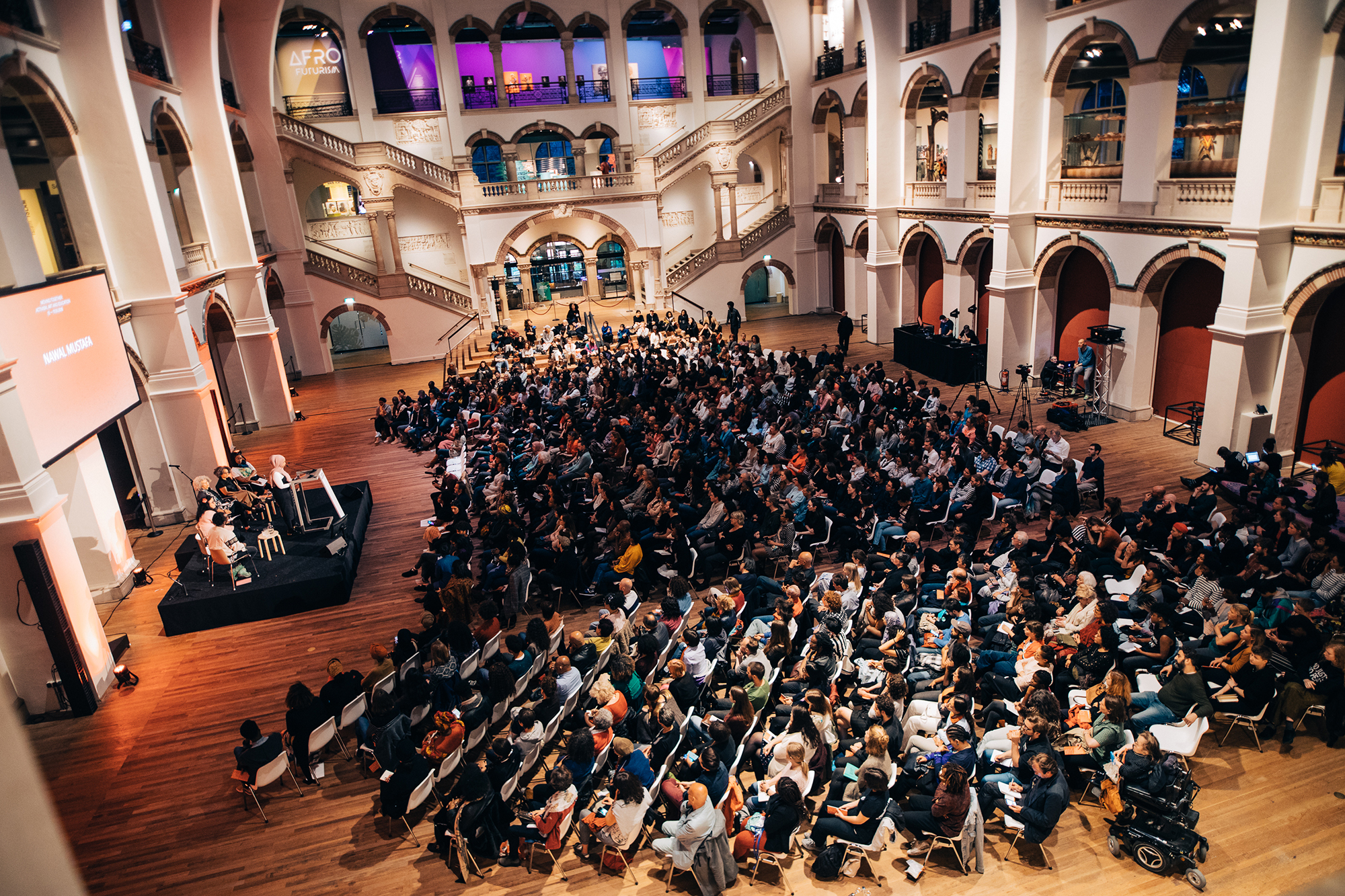 This event is part of the Tropenmuseum’s ongoing event series Gedeelde Geschiedenis, where we explore the afterlives of the slavery and colonial part of the RCMC’s ongoing research project Materialising Slavery. For more information on the Materialising Slavery project, which addresses the material and visual culture of slavery and colonialism, please take a look at  Materializing Slavery-project.